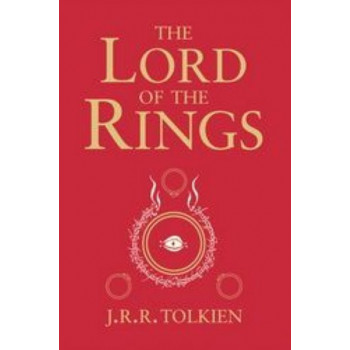 All three parts of The Lord of the Rings in one paperback, with brand new packaging and for the first time containing the definitive edition of the text and a revised and expanded index. Since it was first published in 1954, The Lord of the Rings has been a book people have treasured. Steeped in unrivalled magic and otherworldliness, its sweeping fantasy has touched the hearts of young and old alike. One hundred million copies of its many editions have been sold around the world, and occasional collectors' editions become prized and valuable items of publishing. Now, to celebrate the 50th anniversary of its first publication, the text has been fully restored with almost 400 corrections -- with the full co-operation of Christopher Tolkien -- making it the definitive version of the text, and as close as possible to the version that J.R.R. Tolkien wanted. In addition to now having the definitive version of the text, this paperback edition containing all three parts of the story features special packaging to commemorate the golden anniversary of the Nation's Big Read.