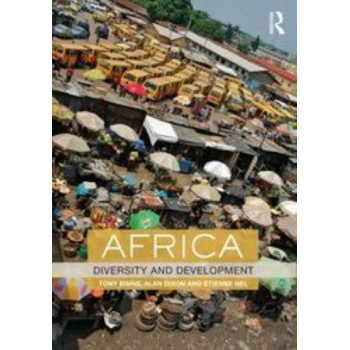 For many, Africa is regarded as a place of mystery and negative images, where reports of natural disasters and civil strife dominate media attention, with relatively little publicity given to any of the continent's more positive attributes. Africa has at last begun to receive the depth of interest it has long deserved, in the shape of debates about trade, aid and debt, the 'Make Poverty History' campaign, and the UK's 'Commission on Africa'. But, behind the superficial media facade, Africa is a diverse, complex and dynamic place, with a rich history and a colonial engagement that, although short-lived, was fundamental in determining the long-term future of the continent. At the start of the second decade of the twenty-first century, when the world is engulfed in a major financial crisis, Africa has the dubious distinction of being the world's poorest continent. This book introduces and de-mystifies Africa's diversity and dynamism, and considers how its peoples and environments have interacted through time and space. The background and diversity of Africa's social, cultural, economic, political and environmental systems is examined, as well as key development issues which have affected Africa in the past and are likely to be significant in shaping the future of the continent. These include: the impact of HIV/AIDS; sources of conflict and post-conflict reconstruction; the state and governance; the nature of African economies in a global context and future development trajectories. Africa: Diversity and Development is a refreshing interdisciplinary text which enhances understanding of the background to Africa's current position and clarifies possible future scenarios. It is richly illustrated throughout with diagrams and plates, and contains a wealth of detailed case studies and current data. Professor Tony Binns is Ron Lister Professor of Geography at the University of Otago.