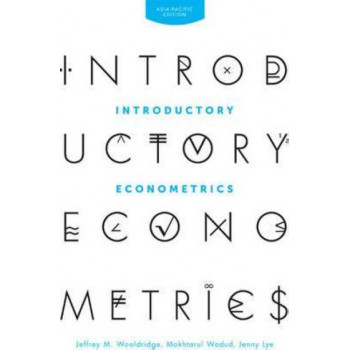 Econometrics is the combined study of economics and statistics and is an 'applied' unit. It is increasingly becoming a core element in finance degrees at upper levels. This first local adaptation of Wooldridge's text offers a version of Introductory Econometrics with a structural redesign that will better suit the market along with Asia-Pacific examples and data. Two new chapters at the start of the book have been developed from material originally in Wooldridge's appendix section to serve as a clear introduction to the subject and as a revision tool that bridges students' transition from basic statistics into econometrics. This adaptation includes data sets from Australian and New Zealand, as well as from the Asia-Pacific region to suit the significant portion of finance students who are from Asia and the likelihood that many graduates will find employment overseas.