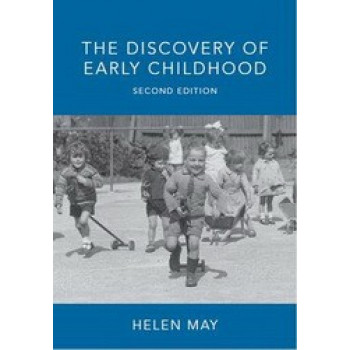 The second edition of Discovery updates, expands and illustrates Helen May's foundation book on the discovery of new and often radical ideas concerning the care and education of young children in institutions established outside of the family home. The story traverses both Europe, where these ideas were seeded, and New Zealand, where missionaries first transported the new progressive notion of infant schools as an experiment for educating young Maori children apart from their whanau and outside the kainga. This book, which has been popular with education students since it was first published in 1997, is now richly illustrated and introduces readers to key figures of the Enlightenment in the 17th and 18th centuries and to infant schools and kindergartens in the 19th century. For the 20th century the stories traverse the influence of progressive ideals on new kinds of institutions such as nursery schools and Playcentre, and to educators such as Maria Montessori, Margaret McMillan and Susan Isaacs.