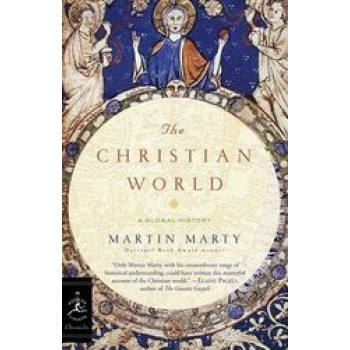 Christian World, The: A Global History

In this cogent volume, historian Martin Marty gives readers of all faiths a brief yet sweeping account of Christianity and how it grew from a few believers two thousand years ago to become the world's largest religion. He depicts the life of Christ and his teachings and explains how the apostles set out to spread the Gospel. With a special emphasis on global Christianity, Marty shows how the religion emerged from its ancestral homeland in Africa, the Levant, and Asia Minor, was imported to Europe, and then expanded from there to the rest of the world. While giving a broad overview, Marty also focuses on specific issues, such as how Christianity attempts to reconcile with the teachings of Christ some of its stances on armed conflict, justice, and dominion. "The Christian World" is a remarkable testament to how Christ's message has touched human experience everywhere.