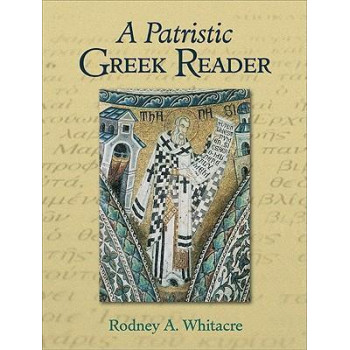 The heart of this book is a selection of Greek texts from early Christian writers, accompanied by notes so that a person with one year of Greek can read the texts. Basic translations of the texts are also provided so that readers can check their work. A list of words used 50+ times in the New Testament and the principal parts of several verbs is included. The Greek selections represent a variety of styles and levels of difficulty. The notes also vary, with very extensive notes provided in some cases. Passages that have played a major role in the history of Christian thought are included, as well as passages that contribute to matters of spirituality and pastoral care. Several passages are of more purely historical interest. The author includes an introduction to the writings of the early church to help orient readers to the writings of the Fathers in general and also give the rationale for the particular selections included in the book. Each selection also has a brief introduction discussing its historical setting and content. A brief bibliography is included for the particular selections included and for the Greek reference works cited. However, the book would also be of interest to those studying the Classics and could be used by anyone as a brief introduction to some samples of early Christian thought. This may be the only book available that provides such translation notes for selections from the Greek fathers.