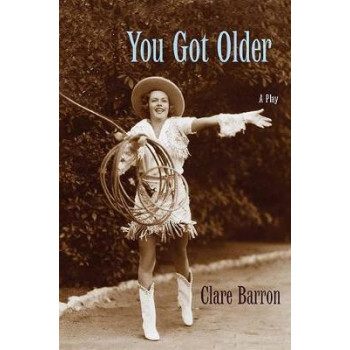 You Got Older: A Play

Winner of a 2015 Obie Award for Playwriting Mae has returned home to help her father while he undergoes treatment for cancer. But she needs a little help herself. She's just lost her boyfriend and her job. (It turns out there are consequences to dating your boss . . .) And she's desperately craving intimacy of any sort. Mae escapes into the the arms of a chain-smoking, imaginary Cowboy who turns her on and ties her up. And she escapes into chatter with her siblings as they attempt to distract and entertain themselves in a hospital waiting room. But ultimately, it's her deep love for her father that teaches Mae to remain optimistic and ambitious in the face of suffering and that gets her back on track. Barron's characters reveal themselves in odd, surprising details that leave disproportionately large impressions. With deceptive understatement, Barron illustrates both small moments of human connection and our ferocious desire for it, always surging beneath the surface. You Got Older won a 2015 Obie Award, was nominated for a 2015 Drama Desk Award for Outstanding New Play, and was a finalist for the 2015 Susan Smith Blackburn Award.