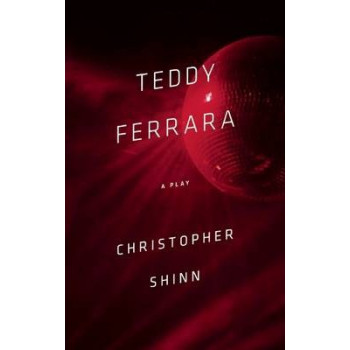 "Mr. Shinn is among the most provocative and probing of American playwrights today."--The New York Times "Chris Shinn explores politics and ethics without moralizing and finds justice and beauty in intimate life, keenly observed and rendered scrupulously, unapologetically, fearlessly . . . I admire his work enormously."--Tony Kushner When a campus tragedy makes national headlines, Gabe, a senior who runs the Queer Students Group, discovers that events surrounding the tragedy aren't as straightforward as they seem. A Pulitzer Prize finalist's searing play about what happens when a tragedy sparks a movement - and the truth gets lost along the way. Teddy Ferrara received its world premiere at Chicago's Goodman Theatre in 2013. Christopher Shinn's works include Where Do We Live, Four, Other People, What Didn't Happen, On the Mountain, and The Coming World. He has received the Obie Award for playwriting and a Guggenheim Fellowship in Playwriting, and has also been shortlisted for the Evening Standard Theatre Award for Best Play and nominated for an Olivier Award for Most Promising Playwright.