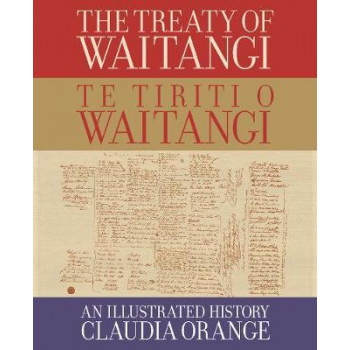 Claudia Orange's writing on the Treaty of Waitangi has played a central role in national understanding of this foundational document. This fully revised and updated edition (previously entitled An Illustrated History of the Treaty of Waitangi) brings the Treaty's history to life with a richly informative narrative and a wonderful range of photographs, maps and illustrations. The Treaty of Waitangi | Te Tiriti o Waitangi takes the narrative into the twenty-first century, with a new chapter recounting the Treaty history of the last ten years, covering major developments such as the Tuhoe settlement, territory 'personhood', and issues around intellectual property and language. Presented in full colour for the first time, the new edition also presents a fresh visual narrative, drawing on the range of images now emerging in work such as the He Tohu and Waitangi Museum exhibitions (in which Dr Orange was closely involved).