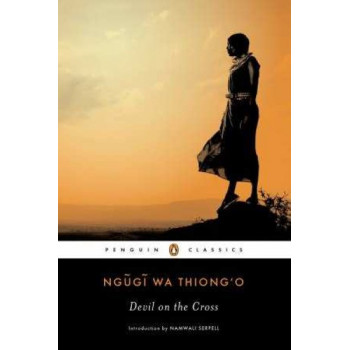 Devil on the Cross

A legendary work of African literature, Devil on the Cross is one of the cornerstones of Ngugi wa Thiong'o's enduring fame--and at the heart of his perennial contention for the Nobel Prize. An impassioned cry for a Kenya free of dictatorship and for African writers to work in their own local dialects, it has had profound influences on Africa and on African literature. Written on toilet paper while Ngugi wa Thiong'o was in prison, this novel tells the tragic story of Wariinga, a young woman who moves from a rural Kenyan town to the capital, Nairobi, only to be exploited by her boss and later a corrupt businessman. As Wariinga struggles to survive, she begins to realize that her problems are only symptoms of a larger societal malaise and that much of the misfortune stems from the Western, capitalist influences on her country. Climaxing in an unforgettable scene of the "Devil's Feast," a satirical parable of Western culture and business practices, Devil on the Cross is an essential story of the post-colonial African experience.